What to be wary of when offered an “SEO Guarantee”

Let me tell you a story… One month into an SEO campaign for a new client, he empathically called me to say he was taking up an offer of risk-free SEO someone was offering him. If he didn’t get a top 3 ranking on whatever keywords he wanted, then he didn’t have to pay a cent.

About 8 months later I get a phone call from this client, asking me to have them back. They weren’t out of pocket with this other mob, because they didn’t get any results.

Was that risk free? No way! That was 8 months they were missing out on sales! It didn’t cost them ‘nothing’ – it cost them tens of thousands of dollars in missed opportunity.

Just like the story above, the true cost of not getting results isn’t that you didn’t have to PAY anything – but the fact that you didn’t actually get results. That’s missed opportunity. That’s lost sales. That’s months of treading water and not going anywhere.

If you’re not moving forwards, even if it’s not costing you anything, then you might as well have done nothing to start with. How many months do you think you would waste being baited along with the promise of results one day? How long until your sweet-deal becomes a sour-deal?

All marketing carries risk, and your risk isn’t just how much money you put on the line. While the true measure of marketing success is ROI, you also need to consider the opportunity cost of lost time.

It’s easy to get ranked by cheating Google, but it’s also very dangerous.

At the end of the day, it’s actually pretty easily to rank on any keyword… Temporarily.

Black hat tactics (stuff that will get you penalised and removed from Google) are still super effective. You can rank a website in a week no problems – but you’re going to get caught. Not if, but when.

As the months roll by and these SEO companies aren’t getting results (and aren’t getting paid), then they’re going to get more desperate. It’s costing them money still, because they took on all the risk. A desire to genuinely deliver long-lasting results, morphs into a survival instinct to recoup what they’ve invested. They’ll do whatever they need to in order to get you rankings, take their cash, and laugh all the way to the bank.

Your marketing should be trusted to someone who genuinely sees your relationship with them as a long-term partnership. If your marketing carries 0% risk, then your supplier has 100% risk – consider the other side of the table and how that might come back to bite you. You’re left with the mess to clean up

Here’s the kicker, if they did use black hat tactics on your website – then you’re left with quite a mess to clean up. It’s no longer about opportunity cost, but a cold hard reality that you’ve got a lot of work ahead to clean up your domain.

Google have a number of algorithms in addition to a manual review process that can see your website/domain banned and removed from Google. To overcome this, a costly and time-consuming process of link removal has to happen, and a number of reconsideration requests to Google to beg forgiveness. This costs thousands of dollars, and months (and months) of time.

All that money you “saved” is suddenly being spent cleaning up a mess that shouldn’t have been there in the first place. On top of wasting more months not moving forward. They don’t care if they churn and burn What are you to them? Another number, they’re about en-masse sales – that’s why they make impossibly bold guarantees.

There’s 10 new suckers for every one of their clients that leaves them.

Like any snake oil salesman, they’re there to make sales. They’re not invested in your long term results, they’re going to ride you like a bicycle for as long as they can and then move on.

This sort of attitude, along with using black hat techniques to get their pay packet, is going to land you in hot water.

You may not even be paying for SEO

In the case of our client, it turns out that what they were (going to be) paying for wasn’t even actually SEO. They were essentially buying leads. It can be common for these companies to use their own domains, even copying your entire website onto there. I won’t go into the reasons why they do this, but at the end of the day you don’t own what they’ve done.

The second you stop engaging them, they’ll take away everything they’ve done and sell it to another sucker. You’re left with nothing, no matter how much money you spent with them.

Any SEO work you pay for must be done to the website and domain that you own. It’s an investment afterall, and one that should carry long-term results well after you finish paying for SEO.

So how do you avoid getting ripped off? Probably start by avoiding the people guaranteeing not to rip you off!

SEO is a medium-long term tactic, and it carries risk. Results aren’t guaranteed, and whatever results you doget could disappear at one of Google’s many whims.

That sounds pessimistic, and it is. It’s a harsh reality and it does happen! And yet we return to Google’s honeypot because the rewards are worth the pain of the occasional sting.

Here’s a few things to consider when buying SEO:

You’re no internet marketing expert, you don’t know if what they’re telling you is right or wrong – that’s what they prey on. But I bet you know a sour deal when you see one, and it becomes a battle of your gut saying “don’t do it” and your head saying “but it’s zero risk!”

The old idiom “if it sounds too good to be true, it probably is” is very much the case with SEO guarantees.

At the end of the day though it’s your business and your responsibility to make the right decisions. Do your research and make informed decisions. 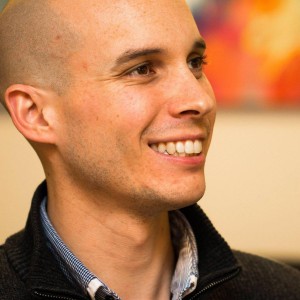